My decision, at 60, to drop out of the rat race and begin taking my retirement in chunks by working part time and the fact that I have a brother-in-law living in Vancouver offering a place to stay made the dream of participating in an Olympics as a volunteer a real possibility.
Dave Erskine

I grew up in St. Lambert in the 1960's and had the luck of being a good enough athlete to allow me to play a number of sports with that great group of young men and women athletes in St. Lambert and CCHS at that time. The St. Lambert Recreation Department, the Community Sports Association and the teachers at CCHS who volunteered so much of their time to a successful school sports programme made me a lover of sports. 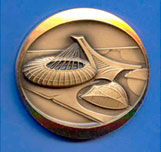 Then Montreal won the 1976 Olympics and due to my involvement in track and field I was asked, early on, to consider volunteering for a role in that area. It wasn't really a dream come true because who, in the 1960's (except for perhaps Mayor Drapeau), thought Montreal would ever host the Olympics but I was excited about the possibility of being involved. Alas by 1976 I was, not only, no longer living in the Montreal area but, working outside of Canada and couldn't even be a spectator.

I was back in Canada by the time of the Calgary Olympics but a full time job and the constraints of a young family and a mortgage etc, etc. made the thought of volunteering then impossible. I had looked into the possibility however and I found that my interest was still there.

Over the years the inclusion of openly professional millionaire athletes, the always present spectre of performance enhancing drugs and the lack of oversight on often blatantly corrupt and self-serving IOC members somewhat blunted my enthusiasm for the Olympic movement. I must say though that when Vancouver was awarded the 2010 Olympics the thought that it might be the place to be that winter entered my mind.

My decision, at 60, to drop out of the rat race and begin taking my retirement in chunks by working part time and the fact that I have a brother-in-law living in Vancouver offering a place to stay made the dream of participating in an Olympics as a volunteer a real possibility.

In 2008 I began searching the internet and suddenly there it was; the Vancouver 2010 web site - and the tab to click on to apply to be a volunteer was right there. Applying was a two year process involving a couple of on-line applications, a RCMP criminality check, a CSIS security check (my past as a spy and international saboteur remained well hidden - just kidding), and a couple of telephone interviews. Apparently there were 75,000 applicants for the 25,000 positions and I'm pleased to say that I was one of the ones to be successful.

I knew that I wouldn't be able to work directly with a sports event as those people had to be available the winter before the Olympics to participate in World Cup and regional events in order to gain the necessary experience. There were many other areas where volunteers were needed and I was chosen to work with "Team Transportation". Transport, apparently, is always one of the largest departments of any Olympic Organizing Committee and in Vancouver it was especially true due to the distances to the many venues being used. I was assigned to the Vancouver Airport and it turned out to be an excellent posting. 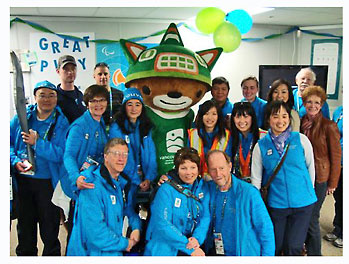 There were 2500 athletes but this was just the beginning of those people that we were there to assist. For every athlete there were an astounding 10 accredited media and 10 accredited Olympic sponsor agents. There were also thousands of coaches, trainers, equipment managers, immediate family members, IOC representatives and their entourages and members of National Olympic Committees, International Sports Federations, judges and referees. The Cultural Olympics brought in hundreds of artists and performers from around the world and then there were various members of Royal Families, Heads of State and government officials, none of which travel alone. Almost all of them arrived at and departed from Vancouver via the airport. 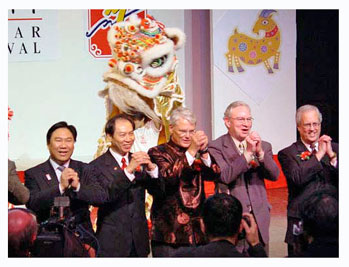 Our duties as volunteers at the airport were many and varied. We were posted at Domestic and International Arrivals and Departures as people came and went every day from two weeks before the Olympics until several days after the Paralympics. We met people at Arrivals and first assessed if a translator was needed and then assisted them with baggage location. Some travelers had a lot of stuff such as bobsleighs, ten pairs of skates or skis, special cases for costumes and other equipment (don't touch a biathlete's gun case however). (A little Olympic humour - In which Olympic event do you not want to be in first place?....biathlon...because everybody behind you has a gun). We then made sure that their official security accreditation card, which everyone including us, had to wear around their neck at all times, was in order. Next we had to arrange for transport for the person or team and all their belongings to the appropriate athlete's village or hotel. Of course the real bigwigs were handled with special care. Princess Anne, for example, wasn't sent off to her hotel in a SUV and with several other people. Departures were somewhat easier as it was generally just a case of helping with baggage except on the day after the closing ceremonies which was hectic - to say the least! One of the most important and sometimes difficult tasks was working with the various security agencies in keeping the Olympic zones secure.

Media were always trying to get close to certain people and many fans were very persistent. One of the most amazing things I saw was the arrival of the eventual ladies singles figure skating winner from Korea. There were hundreds of Korean fans there, many in traditional dress, to greet a teenage girl who is the biggest superstar of her homeland. 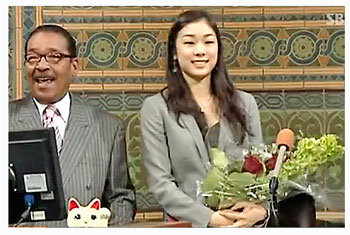 I saw and often had the opportunity to briefly talk to many famous people. I got to shake hands with Premier Campbell and Jacques Rogge. I had to make a few minutes of small talk with the King of Denmark and the Crown Prince of Sweden (or maybe the other way around - I can't remember) who were both very nice. I held the door of Queen Letifa's limo and when she thanked me I winked at her and she rewarded me with a big smile. I helped Dick Pound with his baggage. He was interesting to talk to but he demanded a urine sample and warned me that if it didn't pass I'd be disqualified as a volunteer....ok ok I'm lying about the urine sample. There were many other sightings and encounters.

Over the time of the Olympics and Paralympics I had 31 eight to twelve hour shifts. We were well taken care of with generous meal allowances and there were opportunities for breaks when the airport was quiet in between flights. As you might imagine it was always a case of go like crazy for a while and then there would be nothing to do. At least there were lots of TV's at the airport so we were able to keep up with things as they happened. For the Olympics I was able to take in the dress rehearsal of the Opening Ceremonies, one ladies hockey game and one men's hockey game. During the Paralympics I saw the Opening Ceremonies, some sledge hockey, wheelchair curling, cross country skiing and downhill skiing.

There were several "isn't it a small world" moments but the most amazing one was the first one. As I mentioned there were 25,000 of us posted at a couple of dozen venues. At the airport we were spread around many places with three different shift possibilities. On my first shift, in my work area, I met a fellow CCHS'er. His name is Curt Brown, a bit older than me so we didn't know each other but as we were both at the high school in the early sixties we were able to talk about teachers and other students that we both knew.

A big highlight for me was Heather Moyse, the daughter of Sharon (Smith) Moyse - CCHS Class of 1963, winning Olympic Gold for Canada. I was excited but I can't imagine the thrill and pride Sharon experienced at her daughter's achievement. Too bad I didn't happen to bump into her at some time. 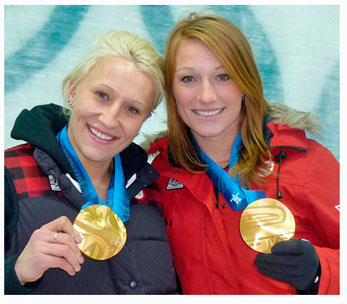 As it turned out Vancouver was the place to be last winter. Walking around downtown after Crosby's goal was amazing. General misgivings about the Olympics were far overshadowed by the great people I met and worked with and the general atmosphere of Canadian celebration that lasted from morning until late into the night the whole time. I've already applied to be a volunteer for 2012 in London. Does anybody know where I can stay?