This document appears courtesy of Société d'histoire Mouillepied and is reprinted here by permission. 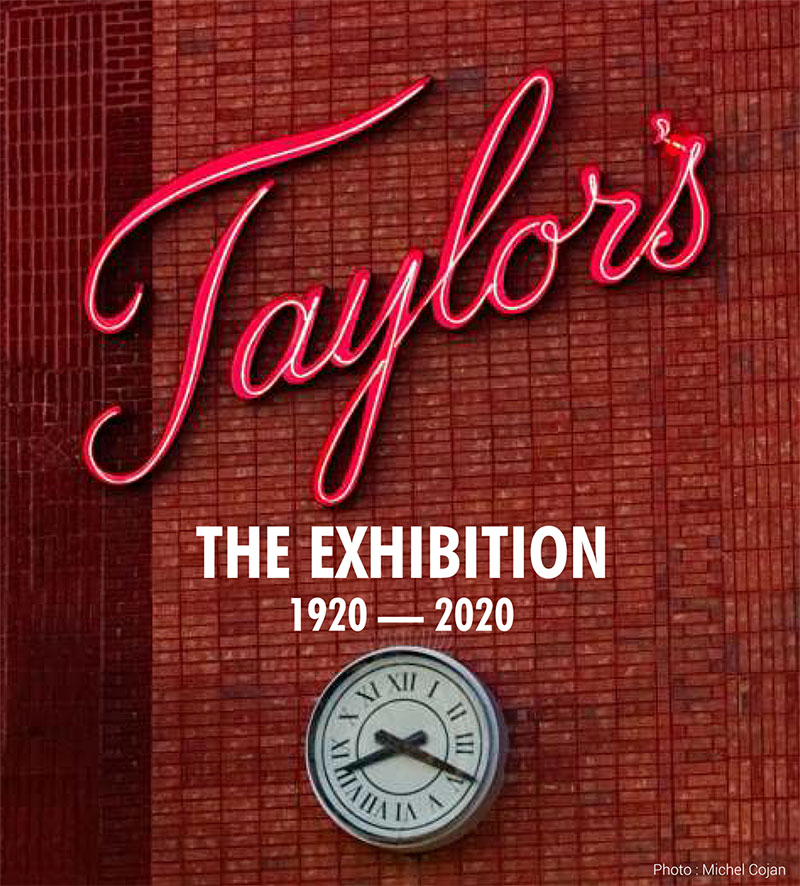 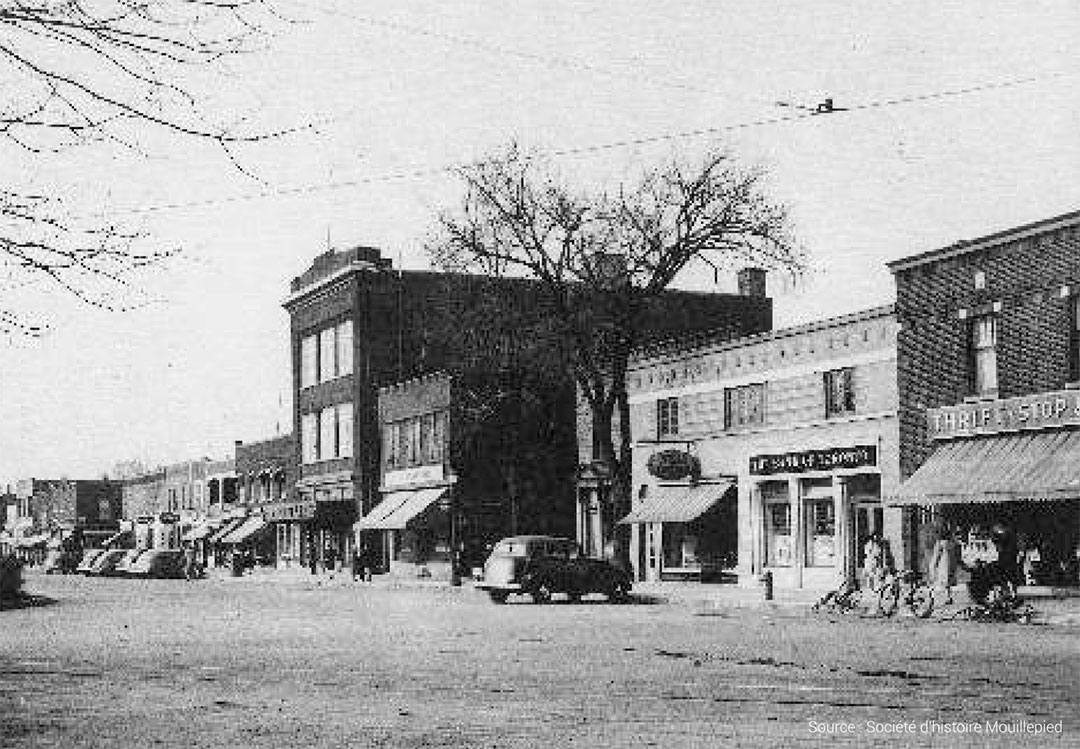 The first member of the Taylor family to settle in America, John H.D. Taylor, left the English port of Yarmouth in the spring of 1630, on a ship bound for Salem, New England. It was one of eleven ships commissioned by the English Puritan leader John Winthrop to transport a contingent of seven hundred of his followers who were in search of a better life. They arrived in Massachusetts on June 12th, after seventy-five days at sea. The fresh strawberries soon made them forget the rigours of their long voyage! 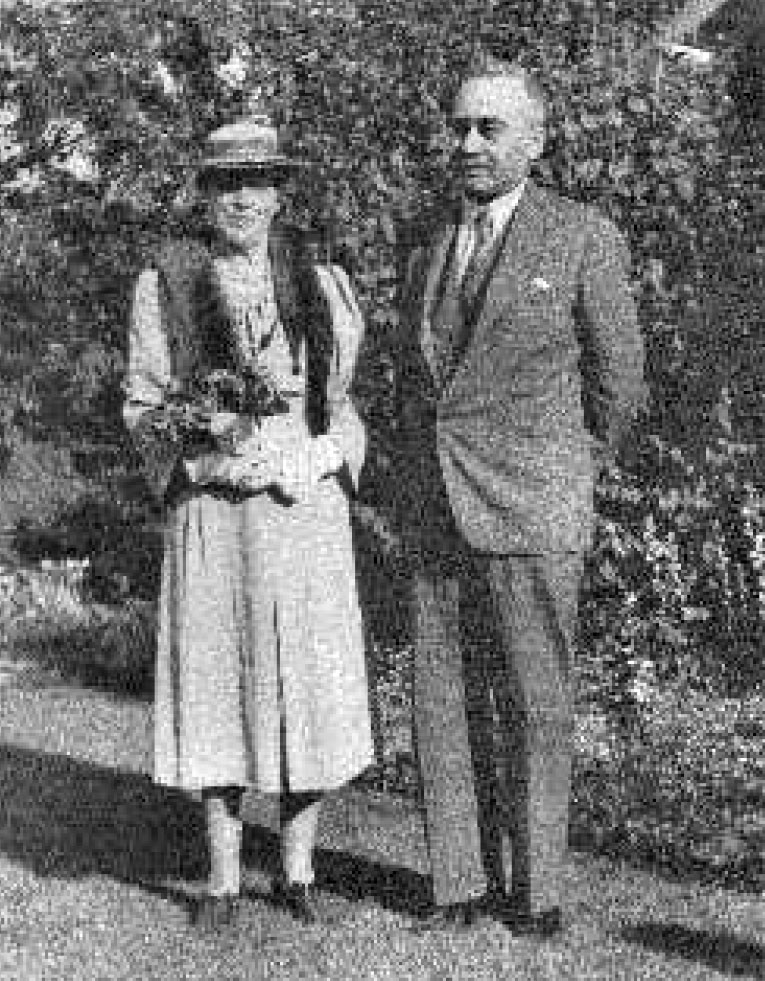 Joshua Lewis Taylor was born on November 7, 1872 in the tiny village of Mosquito. In 1885, he and his two younger brothers, Douglas and John, left Newfoundland with their mother, Maria. They moved to Montreal and lived at 170 St. Etienne St. (re-named Bridge St. in 1912).

Joshua soon obtained work at an agency that imported British woollen textiles. With his wife Margaret and their three young children, he moved in 1914 to 33 Marquette St. in Montreal South (today Longueuil) and then finally to St. Lambert, where they opened their fabric business on July 2, 1920 at 306 Victoria Ave.

The family lived above the shop, where the roof leaked whenever it rained. Joshua L. Taylor lived there until 1946.

St. Lambert in 1920 A residential suburb with a fast-growing population, St. Lambert numbered about 4,000 souls at the time. The population was largely made up of immigrants from Great Britain (62%), mostly white-collar workers and skilled labourers, many of who worked in Montreal. 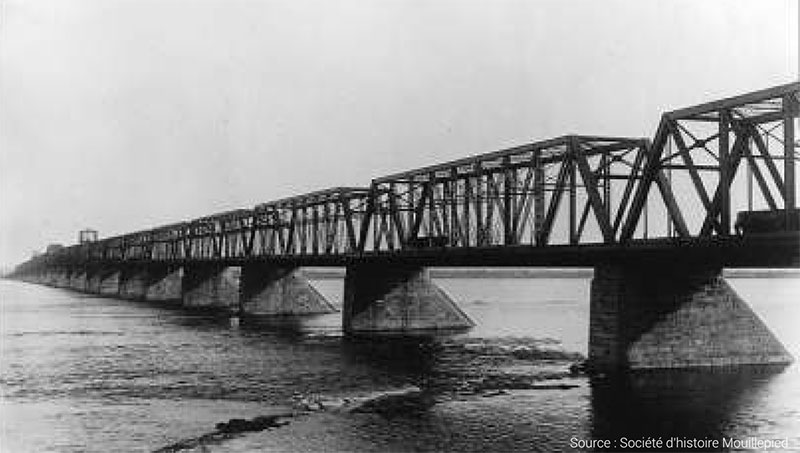 The Victoria Bridge provided quick access to downtown Montreal via the electric streetcar, which took 20 minutes and cost 25 cents for a two-way ticket, or the train, which cost 12 cents for the same trip and ran twenty times a day.

With the arrival of Taylor's, the heart of the village was now blessed with a new store where customers could buy fabric and, eventually, custom-made clothing for the entire family. The neighbouring merchants on Victoria Avenue included four grocery stores, a general store, two butcher's shops, a seafood store, a bakery, two restaurants, an ice cream store, a haberdashery, two shoe repair shops, a milliner, a Chinese laundry, a hardware store, a woodworker, an ironmonger, two plumbers, a coal merchant, a pharmacy, a barber shop, a bookshop and stationers, a cinema, four banks, three insurance or estate agents, not forgetting the Wesleyan Church, which the Taylor family regularly attended.

Joshua kept his job at the Montreal textile import business and, consequently, was not often able to be present at the shop, so his wife Margaret took care of everything. She did the buying and selling, relying on a single employee, a young Irish girl in her 20s, Barbara Condon. 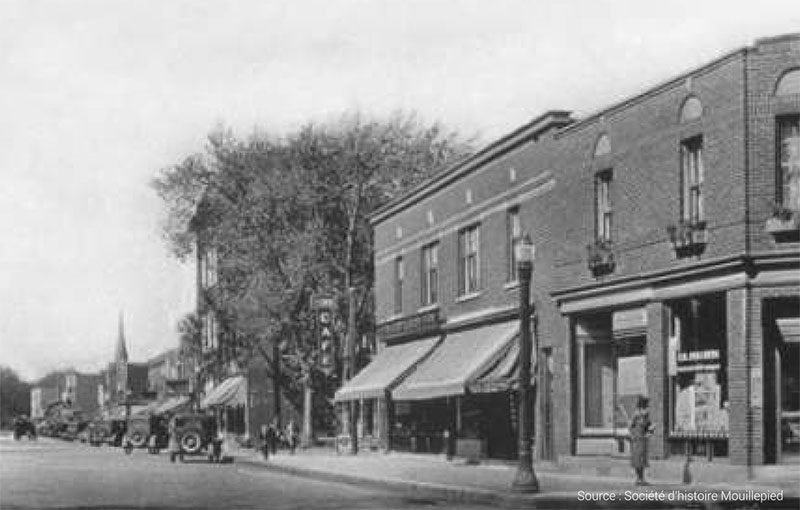 Joshua kept his job at the Montreal textile import business and, consequently, was not often able to be present at the shop, so his wife Margaret took care of everything. She did the buying and selling, relying on a single employee, a young Irish girl in her 20s, Barbara Condon.

At lunch hours, after school and on weekends, the three Taylor children were quickly brought in to contribute; they unpacked boxes, served customers, delivered parcels on their bicycles and shovelled coal into the furnace.

Margaret Taylor's delicate health meant that their eldest son, Charles, had to quit school in the ninth grade to work at the store. He was joined by Dorothy and Ernest when they finished high school.

All three siblings rapidly developed their own, unique skills; Charles in finance and administration, Dorothy in customer care and Ernest in managing personnel.

In 1938, Joshua created a company under the name J.L. Taylor and Sons Ltd., with 200 shares of $100 each, distributed among the three children and himself. 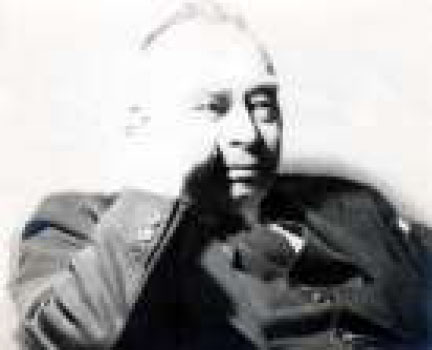 Charles, Dorothy and Ernest were now shareholders and directors of the company, guaranteeing that Joshua would remain President, even though he was a minority shareholder.

Joshua L. Taylor died in 1955 at the age of 82, leaving behind a prosperous business.

In 1959, the Taylor heirs acquired the Victoria Cinema, an adjacent three-storey building that housed a cinema on the ground floor, a bowling alley on the second floor and a billiard hall on the third floor. 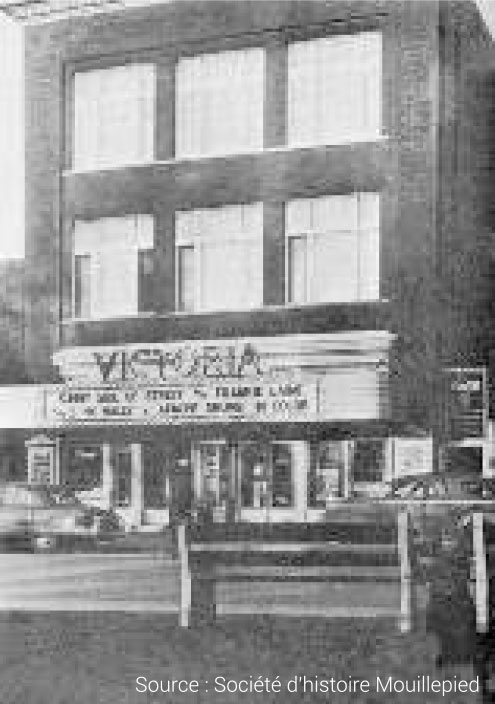 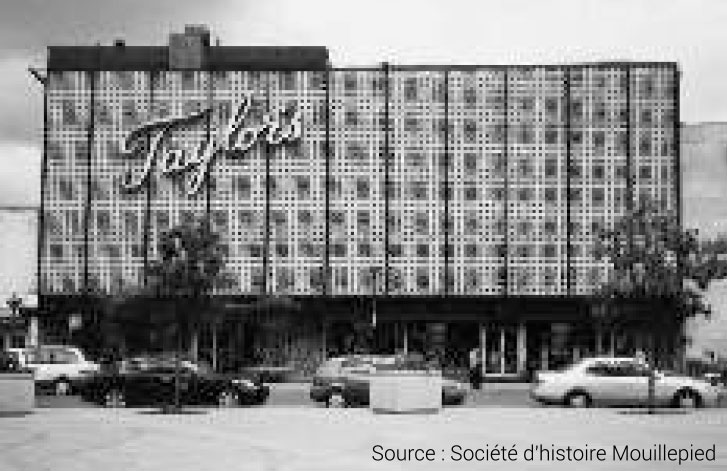 It was now the turn of the third generation to help contribute to the success of the family business during summer vacations and weekends. Four of the cousins studied commerce at various Montreal institutions in preparation for taking up the reins. Stuart took over women's wear; Ross handled personnel management, Graham headed up men's wear and Robert, coming into the business in 1972, took over finances. A decade later, he became the third President of the family business.

From left to right: Robert Taylor, president, and his cousins Graham Taylor and Ross Taylor

The 70s and 80s saw the development of a number of branch stores, first around St. Lambert, then in the new shopping centres that had begun to flourish in the larger towns and suburbs north and south of Montreal, often against the advice of Charles and Ernest, who wanted to keep the business concentrated in St. Lambert.

In 1984, at the height of its expansion, Taylor's had 11 stores and employed close to 150 people.
Unsurprisingly, company expenses skyrocketed! The competition for premium retail spaces in shopping centres was ferocious. A series of economic problems, notably the recession at the beginning of the 80s and astronomical interest rates, as well as the introduction of new consumer taxes (PST and GST) by both governments in 1991 and 1992, considerably weakened the business.

The effects of the Ice Storm of 1998, particularly severe on the South Shore, also had an impact on the chain, and caused store closures in four locations; Laval, Pointe-Claire, Anjou and Mount Royal. 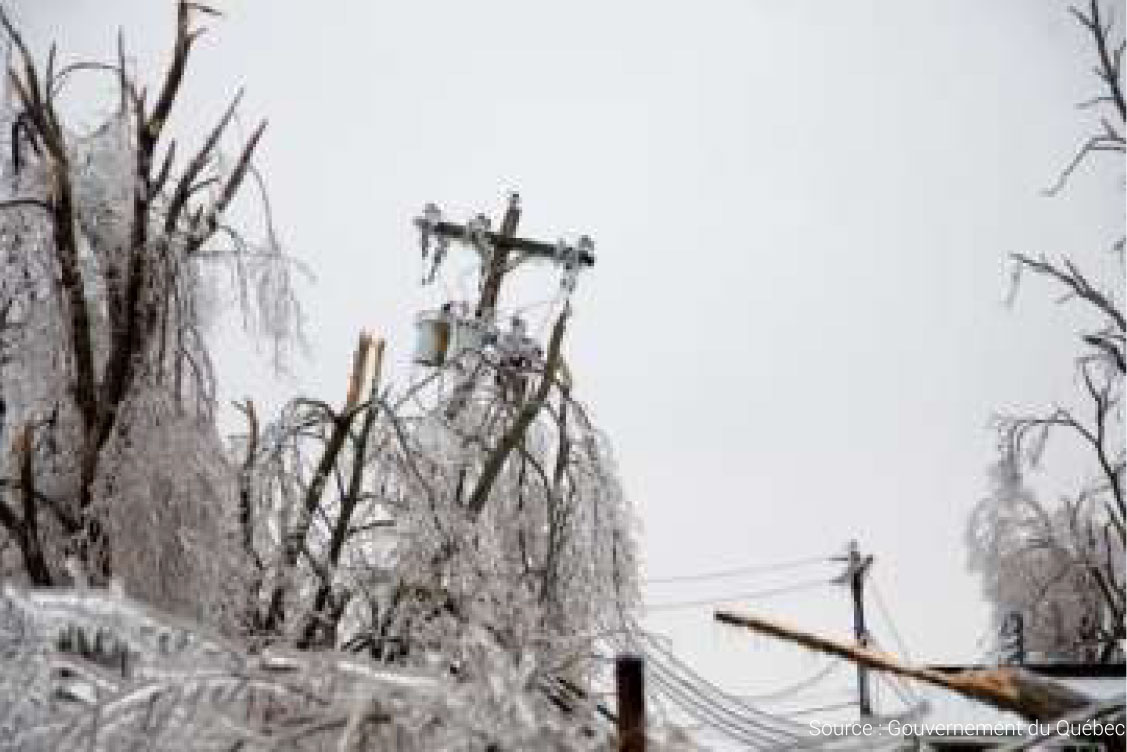 Taylor's now concentrated its operations exclusively on the South Shore; the St. Lambert store, the warehouse in Greenfield Park and the St. Bruno, St. Hyacinthe, Beloeil, Brossard and Granby branches.

At the beginning of 2020, Taylor's has roughly a hundred employees, a dozen of whom have worked for over forty years at the store.

Taylor's 100th anniversary has been overshadowed by a major planetary health crisis. In March, 2020, COVID-19 put all countries on hold for several months. This was a brutal shock for the business, which lost millions of dollars of sales in this economic tsunami.

Since its founding in 1920, Taylor's has survived other major crises; the Great Depression of the 1930s, the Second World War and, closer to home, the Ice Storm. Since its re-opening on May 25, 2020, the hundred-year-old, family-owned business continues to demonstrate a tremendous resilience.

Since taking up his role at the heart of the company, Robert Taylor had promised to restore the heritage character of the building's façade, which he did in 2004. 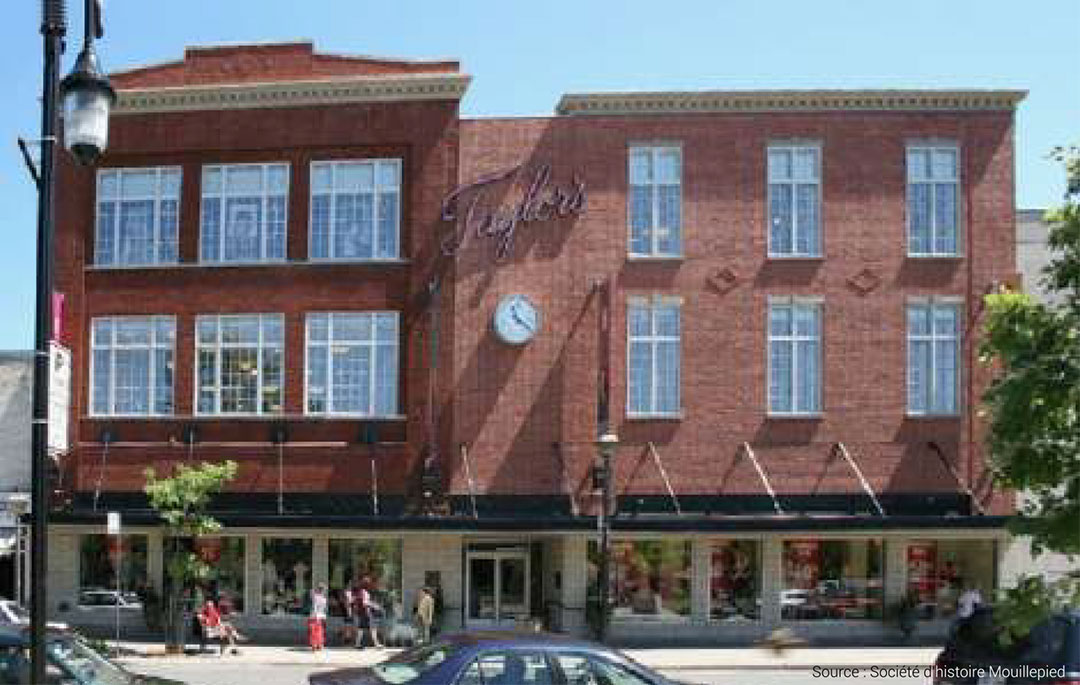 A major transformation, the new façade elicited rave reviews and reaffirmed once again the important place that Taylor's still holds on Victoria Ave, and in the history of St. Lambert