Angus Cross is the Editor of our alumni newsletter, Alumni Connection

View other Flashbacks by Angus Cross

I have been back to St. Lambert only four times in the last forty-eight years. All four occasions have been in the last ten years. In June of 2005, my wife, Joanne (Lemke) C'60, and I drove up from Halifax to attend Reunion 2005. I hadn't been to St. Lambert since 1962 and, quite frankly, had not missed the place. We were not strangers to Montreal as we had lived for short periods in Ville LaSalle, Dorval, and Westmount, but St. Lambert had become foreign territory. 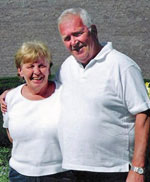 The first thing that struck me again about St. Lambert is how small a community it really is. Only in Quebec would it be called a city. The population has remained the same, around the 22,000 mark, for years. Even the locals refer to the downtown area as "the village". The other thing that you quickly realize is that the culture of the town has shifted from 75% English speaking in the late 50's to about 20% today.

We had a few hours before the reunion began so we drove around town. The trees along Green Street had grown considerably, making it difficult to spot all those 4 way stops which appear on every second block. All the homes in my old neighbourhood looked pretty much the same as they did 48 years ago. 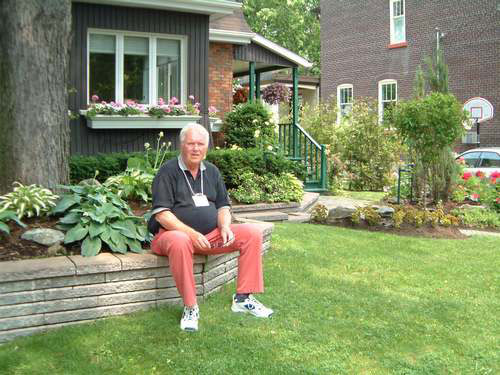 We stopped and checked out my old home on Curzon and Joanne's on Logan. Seeing our old houses brought back quite a few memories.
The athletic fields on Lespérance have changed and now offer an indoor swimming pool and an arena and curling club on Oak Ave. The "rock pile" has been transformed into quite a nice golf club. St. Lambert always was big on sport and that trend is still very evident today. 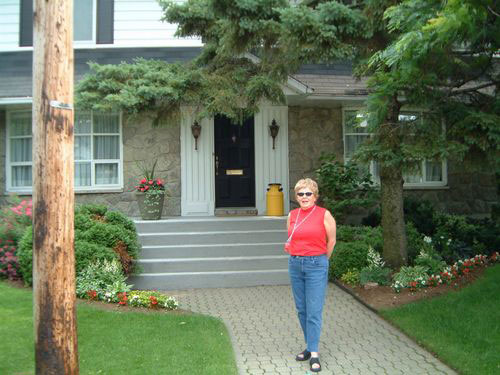 In 2005 the old school looked much the same to me as when I had last walked out the door in 1960. Although now it was a tired, run down building, showing all of it's 50 years of existence. We enjoyed the reunion and it was fun seeing old classmates, friends, and neighbours, that we hadn't seen since 1960. 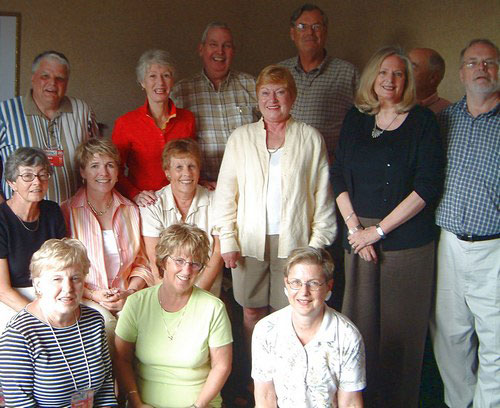 There are no hotels, or motels in St. Lambert so we ended up staying at a Quality Inn on Taschereau Boulevard in Brossard. The "come from aways" from our class of 1960 had arranged to stay in the same hotel. This allowed us to get together for a couple of hours for an impromptu cocktail session thanks to our host John Hammond.

My second visit was in September of 2007, when I flew up to attend the Annual Meeting of the CCHS & CA Alumni Association. Again I had a bit of time before the meeting and drove around town checking out old haunts. The meeting was held in the school library at Chambly Academy. The building was indeed in need of a complete facelift. One of the things discussed that evening was the future of the school. It all seemed to hinge on the sale of the property behind the school and if sold, how would the funds be spent.

My third visit was again with my wife, Joanne. We drove up and both of us attended attended the Annual Meeting of the CCHS & CA Alumni Association. This time the meeting was a dinner held at the St. Lambert Golf Club. We spent an enjoyable evening speaking with old classmates Harvey Carter, and Gordon Richardson, and renewing our acquaintance with the other directors of the association.

Joanne and I were back in May of 2010 for the "All Years Reunion" this time staying at the Sandman Hotel. We had a great time with the highlight being the lunch Harvey Carter organized at the St. Lambert Golf Club. About 40 of our classmates from 1960 showed up and many an old tale was revisited.

I have enjoyed my return visits to St. Lambert and look forward to another trip for Reunion 2015. St. Lambert is not my home town, Halifax has that role in my life. But it is fun to look back on my high school days and the town where it all happened.