I am Heather Elizabeth Humphrey, born in Richelieu, Quebec in 1948. This is my story.
Heather Humphrey

After Graduation from CCHS in 1966, my first job was with Joseph Ribcoff, a local fashion house in Montreal. Then at SunLife Insurance Company where I worked for 9 years and absolutely loved my work. Our department, a female boss of 28 years of age and myself, became the first Forms Control and Design Department in any corporation in the whole of Canada. After her departure to SunLife USA, I accepted a position at Readers Digest.

It was there that I became engaged to Doug Browning and a year later we two Canadians headed to Sydney, Australia. Honeymooning in Tahiti and New Zealand. What adventure. We thought we might see kangaroos on the main street of Sydney. Remember this was 1975 and no one I knew had really heard anything about Australia, let alone find any books around on the subject. Yes, there were guys I would run into at the Pig and Whistle getting up on stage on Talent Night singing and speaking in a different accent, and one woman at Readers Digest was an Aussie… and we still talk occasionally… so I had a bit of a heads up.

So we landed in Sydney WOW. Unreal. I loved it. My first job there was with Estee Lauder, then into the buying office of a major department store re-introducing a data capture ticketing system across all divisions. To say I loved going to work everyday was an understatement. Then in 1979, the unexpected death of my mother had me re-evaluating my life and with a 3 year exit visa from Australia, I headed to Europe, OS as they say here. (overseas)

I toured the UK on my own, did the Kontiki tour of Europe, then settled in Twickenum for the next few months and worked in 3 jobs before heading to Montreal. It was there in London that I discovered the world of beauty therapy, but it would be another 2 years before I really delved into it.

Then in Toronto I worked for an office supply firm but within 18 months a re-shuffling occurred and with 6 months severance pay I headed off to "the bush". I had secured a position with the government re-forestation program for that spring, so with my size 5 1/2 steel toed boots, my VW beetle, I headed to south western Ontario. I had a fabulous time living in Bayfield for that summer and by fall I was in Kitchener-Waterloo going to a beauty therapy college before returning back to Oz before the expiration of my exit visa.

By the time I got back to Sydney after stopping off in Fiji for a visit, my sister and her husband had arrived from Canada, I worked on them while I was there staying with them in Toronto. Now life was really good. To have family, and my friend and sister at that was glorious.

I next established the first of 3 beauty salons and it was there that a consultant of mine in my Beauty for all Seasons colour analysis business introduced me to my next husband, Sebastian Powney. 1986 saw the selling of the salon in Sydney and heading to live in Singapore and create another beauty therapy salon and spa. I was there for around 10 years and then in 1991 I was instrumental in getting my now divorced sister from Sydney to become employed in Singapore .

Other expat women would say "Wow, how fabulous to have a sister here with you". And how true that was. I just love her that deeply. I never knew there was a being such as an expat. I never felt displaced ever before but certainly being Caucasian and female and in the incredible minority, I now discovered the expat world. I opened another beauty salon and had a tremendous business, working from home. All female expats become my clientele. I joined lots of associations and become very involved socially. Most expats are sent to Singapore usually for a 2 year contract so someone being there for 10 years wasn't often heard about.

1996: I left Singapore with 2 burmese cats and 40 cubic foot container of household effects and furniture to set up home back in Noosa Queensland Australia. I've always described Noosa as the Cannes of Australia, the playground of the rich and famous. So began my next beauty therapy business and working as a representative with USANA Health Sciences in the health and nutrition field. Four years later and with my current husband from Noosa, I was given the opportunity of buying a Bed and Breakfast in Brisbane, which is 2 hours south of Noosa. So for the next 7 years John and I owned, ran and developed Fern Cottage into 4 1/2 star B&B. Seven years is a long time in that industry of 24/7 customer service. I enjoyed the recognition, the fabulous home furnishing and renovating of an old Queenslander building, the people contact, and taking a very shabby 3 star accommodation to a 4 1/2 star B&B. 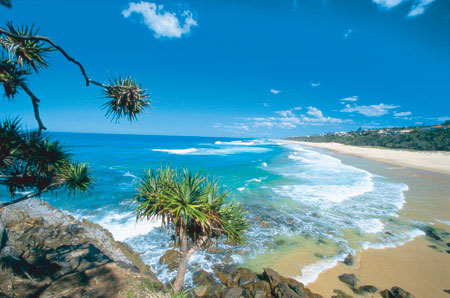 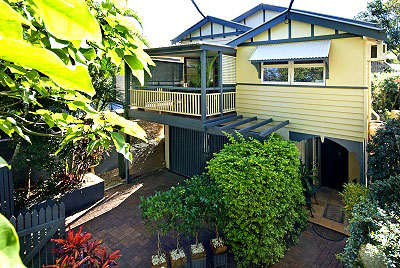 Fern Cottage B&B in Brisbane, Queensland, Australia
In 2007 Fern Cottage was sold and we moved onto our next stage.
Was the B&B my Swan Song? Stay tuned.

We have travelled back to Canada, most recently in 2008 and again in 2010 for the alumni re-union. Amazingly, it was my best girlfriend through high school, Lynn Mackenzie, that finally found me (after I searched and discovered CCHS had indeed created an alumni website) on the CCHS class page. We last saw each other about 25 years ago. We attended the re-union and had a fantastic time together.

And What Am I Doing Now?

I work with a company, Send Out Cards, Changing Lives, One Card at a Time. I show people how to use an Appreciation and Referral Marketing online system that allows them to creatively 'keep in touch' with family and friends, and clients, thus building better relationships, referrals, and increased profits. If you're curious, to try A FREE SAMPLE just visit my website.

Well, it's been a pleasure to write this story and when I look back at my life I know that one of the most important values I've lead my life by is freedom and fun and I wouldn't change a thing. Well maybe a few. Or added more.