Warren Mackenzie is the Photo Editor of our Alumni Newsletter, Alumni Connection.

View all Flashbacks by Warren Mackenzie 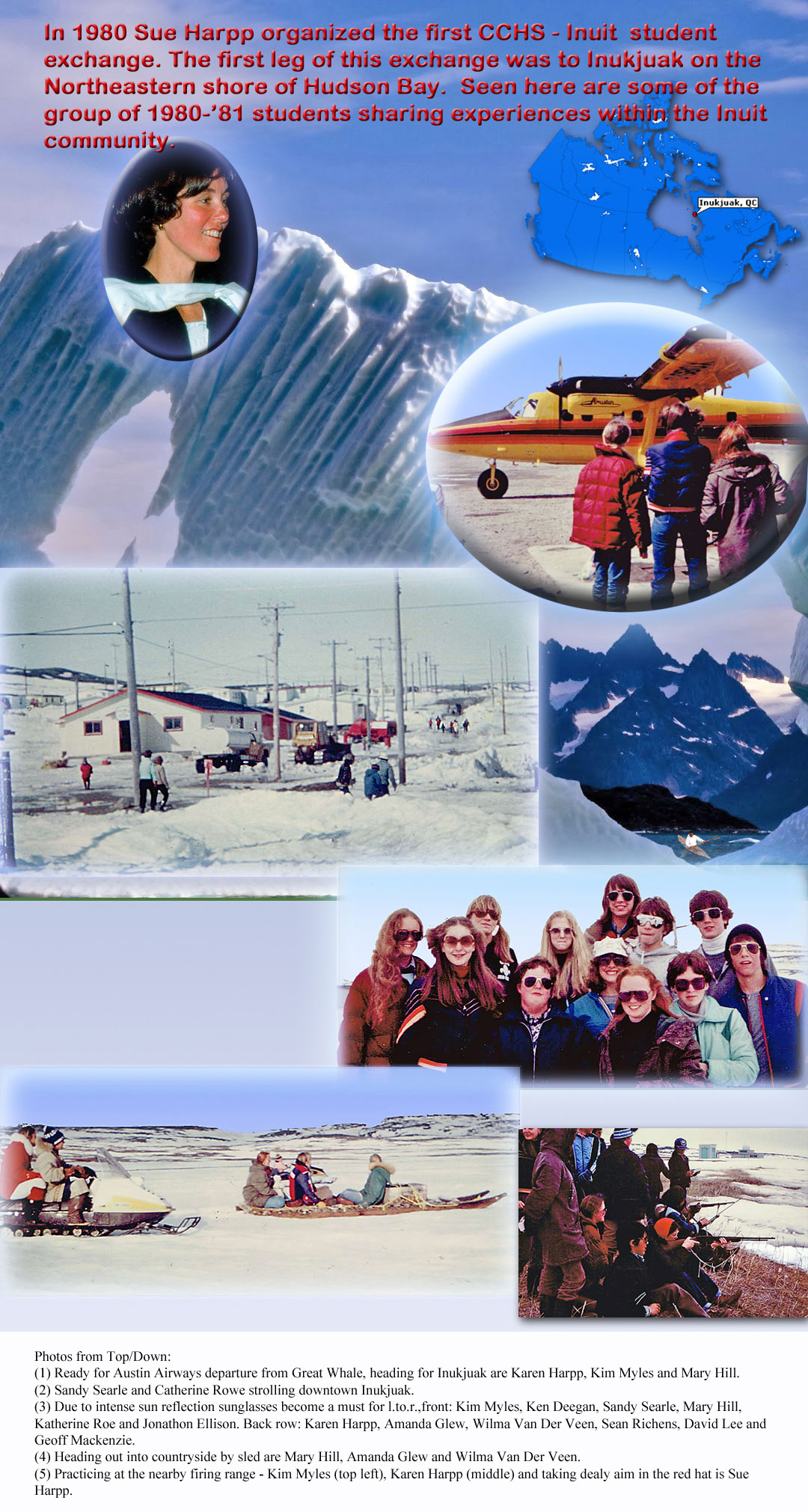 May, 34-Years Ago
"City is big deal for visiting Inuit kids – The Gazette." 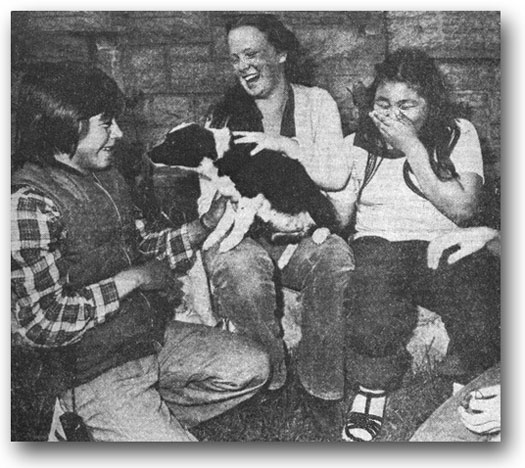 Inuit students Jacob Palliser (left) and Elizabeth Williams (right) join new friend Mary Hill, CCHS - C'80, playing with a four-legged friend. The Inuit teenagers are among a group of 13 in Montreal on an exchange program with pupils from St. Lambert. - Montreal Gazette, May 1980.

Until a week ago 14-year-old Elizabeth Williams had never seen a high-rise building, had never been on a subway train, and certainly had never been to a zoo. But this past week has changed all that. Together with 12 other high school students from Inukjuak – a tiny Inuit settlement on the east side of Hudson's Bay – Elizabeth has experienced all that and more. From roller skating to sight-seeing to lining up for the latest Star Wars movie.

The Inuit students are in Montreal as part of a school exchange program with students at Chambly County High School in St. Lambert. They are returning a visit by the St. Lambert kids who spent two weeks in Inukjuak at the end of April.

Elizabeth and her friends arrived May 22 and will be in Montreal until Monday. And for most of them it's the first time they've ever been this far south. Many have never been far outside their village of 700.

Their reaction to life in the big city? "It's fun, but it's too hot," Elizabeth told The Gazette as she headed off to the roller skating rink last night. Back home it's still ski jacket weather, the ice is still in the river and when the students left home snow still covered the ground in Inukjuak. The southern heat and the bugs that accompany it take a bit of getting used to, the students said.

For most a ride on the Metro was quite an experience. "Scary" was how Elizabeth summed it up. But she said she'd like to try it again.

The exchange program is supposed to be educational – with the students attending each other's schools to experience different teaching methods and get a glimpse of life in the south. To a student, the Inuit kids said they find school in St. Lambert pretty strict. Back home at this time of year hunting and camping replace the more conventional school activities found in Montreal. 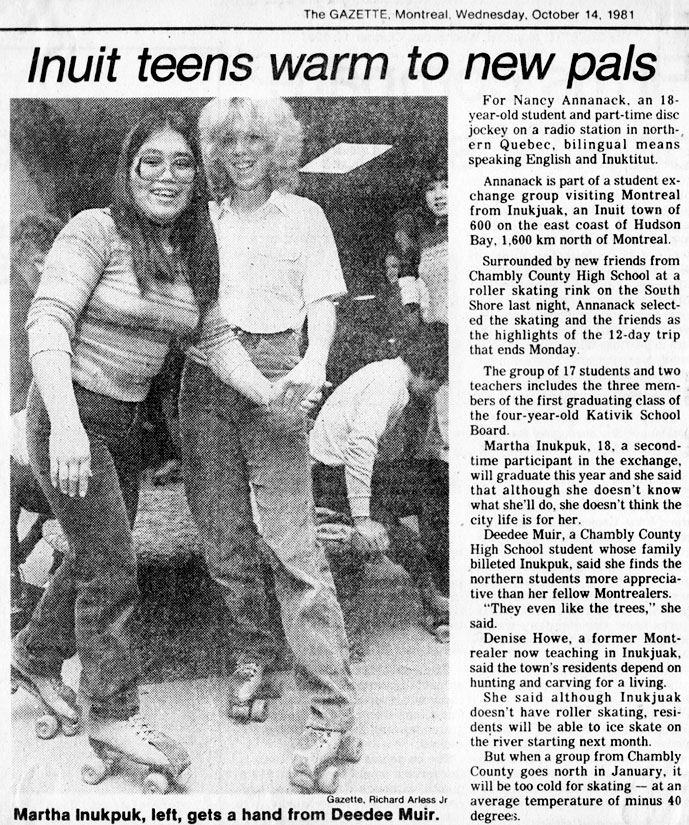